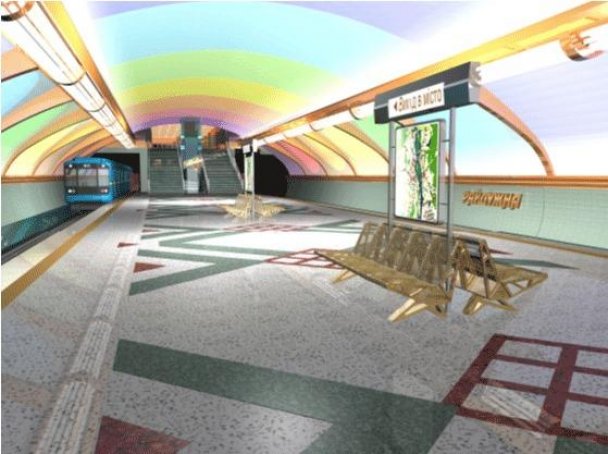 Within the first investment forum which took place in Kiev on March 29, the investment projects, urged to provide development of the modern infrastructure of the capital, and Strategy of a development of the city responding to tasks till 2025 were provided to the Kiev MPA.Among the list of participants of a forum were heads of leading financial companies, investors, businessmen from 15 countries of the world, and also the officials of KMPA interested in attraction of investments into Kiev.Projects in four branch sections, among them – construction of the 4th line of the capital subway towards residential district Troyeshchinа were presented to participants. There are planned 12 stations and two transfer bridges, with a passenger traffic of 40 thousand people/hour in a perspective branch of the subwayRepresentatives of RWA visited a forum as partners of the Ansaldo STS company which is a part of the Italian holding «Finmeccanica S.p.A.», and also interested in implementation of large investment projects in the sphere of subways of Ukraine. Already for many years cooperation of two companies consists in adaptation by experts of RWA  of europian sistem in complience with CIS subways requirements, as well as joint work in performance of similar projects.In addition to Ansaldo STS, intention to make an application on involvement in the investment construction project of the new line of the Kiev subway was expressed by more six companies, in particular «Sberbank of the Russian Federation» and «Vneshekonombank» (VEB).