‘ 14-16 of May 2012, in Moscow It took place 2 nd International Specialized Exhibition «ElectroTrans 2012». Among the main participants, providing solutions in field of  automatic  systems for subway,mainline rails and industrial rail transport trains traffic control, the M/s RWA was also presented. 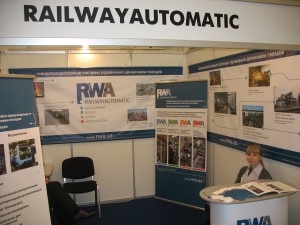 Opened forum was featured by high level and representative of entry list. Over 65 companies took part in exhibition, all of them are leading manufacturers of rolling stuff, as well as fabricants of equipment, systems and components from Russia, Belorussia, Ukraine, Holland, Austria, Belgium, Poland, ans Czech Republic.Total number of visitors reached 2000 experts.Against the background of manufacturers presented their design solutions in the field of equipments and systems for subway and railway transport, M/s RWA was almost the only company specialized properly in MPI. RWA’s systems of automation built up on the base of microprocessing devices, are equally up-to-date and innovatory technological, how ever they are compared favorably by integral adoption to technical specifications and modern requirements to operation of railways and subways in CIS countries.International Association “Metro”  provided a workshop, within the frames of business schedule of forum, among the participants of which were CIS subway representatives and companies developing processing technologies and hardware for subways.General Director of RWA Dmitry Kuzmenko made a part of workshop speakers, who presented a report: “Experience of implementation of microprocessor based systems in subways of Kharkov and Kyiv”. The report described important and evoking interests of experts of the field apects of practic experience of implementation of MPI systems in ukrainian subways. Besides  Dmitry Kuzmenko attracted attention of participants to several trends of Ukrainian and Russian market infrastructure, tracked for the last years. In particular, he emphasized the enlarging of private capital shares in infrastructural projects and specific nature of mutual relations with investors in PPP (Public-Private-Partnership) projects. 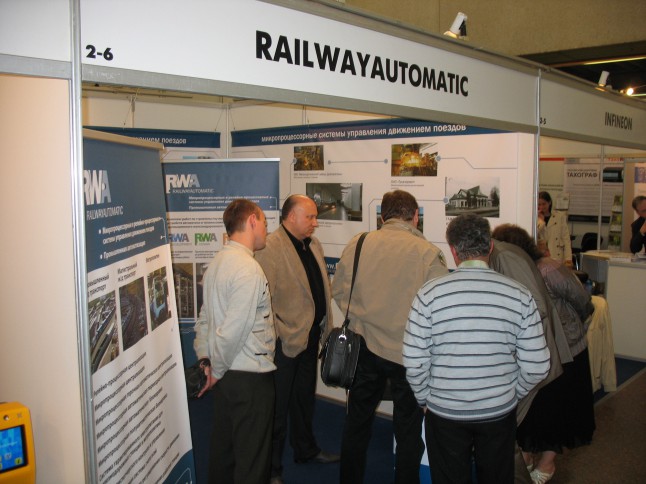 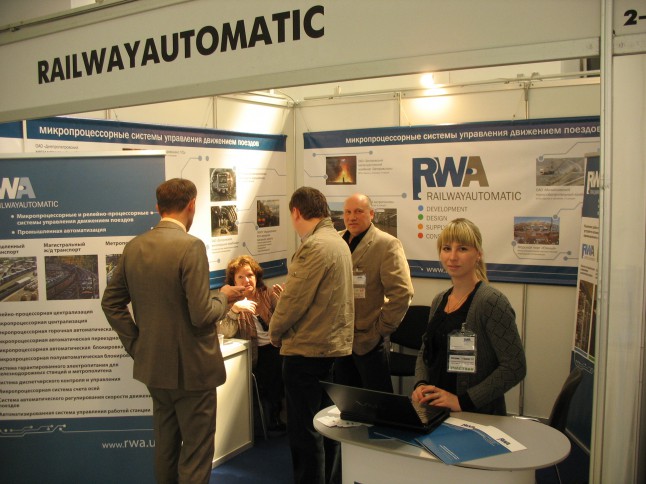